Spread out over a hillock and not far from the ocean, is the small village of Porches. It used to be part of the municipality of Silves before it became a parish of the municipality of Lagoa. The lovely beach ‘Praia de Nossa Senhora da Rocha’ and the emblematic chapel of ‘Ermida da Nossa Senhora da Rocha’ (Our Lady of the Rock) situated on an impressive promontory overlooking the ocean and beaches, are part of this parish.All the more attractive is its proximity to some of the Algarve’s most picture-perfect beaches, neighbouring Carvoeiro’s stunning beaches to one side and Armação de Pêra’s to the other. These golden coves, some of which are backed by soaring cliffs, fill up quickly in high season, so you may want to visit early, then come back to your own poolside pleasures later in the day.

The Porches region was especially known for its wine and its great masters of pottery. Both the art of wine making, and the secular art of pottery continue playing an important role here and make a visit worth its while.

Before Porches’ current location, its population lived in Porches Velho, an ancient village at the coast. This village had been occupied by the Romans, and its privileged spot with promontory in dominant position over the coast, between Ossónoba (Faro) and Lacóbriga (Lagos), protected the beach and a small harbour.

In 1253 it was already considered a village, head of a court and possessed a strong medieval castle. A document, dated February 1250, states that King D. Afonso III gave the castle to his chancellor D. Estevão but no other information has been found. During the 16th-century a fortress was built on the same spot in order to defend the beach from pirates.

The Porches of today was founded by the population of Porches Velho, halfway through the 16th-century.
The ‘Ermida da Nossa Senhora da Rocha’ (Chapel of Our Lady of the Rock) was built inside the fortress, date of construction as yet unknown, and is now the only visible structure which is left. At the beginning of the 19th-century, the fortress was already greatly damaged with long stretches of its original perimeter destroyed by maritime erosion that, undermining the base of the cliff, led to its progressive collapse.

Armação de Pêra developed out of a small fishing community. The existence of a tuna fishing rig near Pêra, in the area of the coast now known as the bay of Pêra, explains the origin of the name of Armação de Pêra (fishing rig of Pêra) and denotes, following first written references of 1577, that there would be a small fishing community seasonally or permanently fixed in this territory. The fortress was built in 1571 to protect the area from pirates and corsairs who could attack the tuna fishing frames.
The Earthquake of 1755 brought on a tsunami which in Armação de Pêra provoked the death of 84 people, leaving only one house standing.

To book Porches villas, click on the button below.

If you are looking for villas in Algarve with private pool Affinity Villas offers many more destinations including Tavira, Quinta do Lago, Vale do Lobo, Loule, Vilamoura, Silves, Carvoeiro, Ferragudo, Alvor and Luz.


View villas in this area 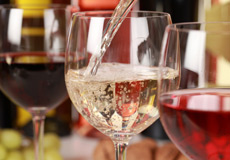 Porches is centrally located, and a good network of roads will get you quickly to the coast, countryside, nearby villages and the motorway access. For shopping and supermarkets, Armação de Pêra is only a short drive away, with the Intermarché supermarket being located halfway between Porches and Armação de Pêra.

Map of the Algarve